In short, by creating engaging videos, focusing on the suggested video algorithm and paying attention to relative audience retention. These factors will allow you to rank faster in YouTube search, drive more views, increase your YouTube authority and allow you to win. It’s exactly how I grew my channel from 500 subscribers to over 5,000 subscribers in a four month period.

How can you create a channel as well as individual videos that drive more views and reach more people? It’s an important question if your goal is to grow a subscriber base on the leading video platform. I’ve made it my business to read, watch and listen to anything that would answer this pressing question. It didn’t take long to come up with an answer and take note, the answer comes from YouTube. Simply put, YouTube promotes engaging videos that keep viewers watching longer.

While this blog post from YouTube was helpful, I still had questions. Does this apply today in 2016? Just how long do I need to keep viewers watching? Regardless, I had a general idea of what powered the YouTube algorithm and I was ready for action. In the spring of 2016, I launched a brand new channel with the intent of growing my subscriber base from 0 to that of 25,000 subscribers. In one single year. Crazy without question. However, as I like to say. Dream a mighty big dream into reality.

Over the first few months I focused on learning.

Before one can conquer, one has to understand the basics, right? So, I jumped in head first with a brand new DSLR (Canon 70D), Final Cut Pro X with the focus of creating a video creation system that would allow me to publish regularly. By the end of May I had my video system in place and it was time to jump start my channel growth. In June and July I published well over 45 videos, truly an insane volume of video content. During this time I began to notice a coloration between videos that had a longer over average view duration and YouTube rankings.

With each new video upload I focused on creating engaging videos. I also payed attention to “relative audience retention”, which if you’re not familiar is a metric that gages audience engagement and viewing duration compared to all other videos on YouTube. Specifically, relative audience retention shows how long your video keeps viewers watching, compared to all other YouTube videos.

Did you get what a big deal that last part was? Let’s connect the dots, shall we? On Friday, October 12, 2012 YouTube mentions that “we’ve started adjusting the rankings of videos in YouTube search to reward engaging videos that keep viewers watching.” Inside your YouTube analytics you can use relative audience retention to gage just how well your doing when it comes to creating videos that keep viewers watching longer.

Around this time I was doing a good job at creating solid videos that kept viewers watching and as a result, my videos were often ranking in YouTube. However, on September 14, 2016 I published a video that hit the nail on the head. The video was long at six minutes in length, but not too long. It was also was extremly engaging over the first three minutes, that’s not bragging mind you. It’s simply a fact, which I identified by leveraging my YouTube analytics.

This video checked off a new personal goal. That is to ensure the first sixty seconds of my videos are as engaging as possible. Doing so, would keep more people watching, the very thing that YouTub has said they reward. Compared to other videos on YouTube it had a “high” relative audience retention” score in the first few minutes. Even better, the relative audience retention score was also high at the six minute mark. At the time of writing, this video had the highest audience retention scores out of 116 video uploads. Furthermore, this video was driving more views from YouTube search and suggested videos and within days of release. Something that I had not previously witnessed with a brand new video release.

Otis thanks you, lots.

How Long Does It Take?

When it comes to getting more views on YouTube, this is what I have witnessed over the last six months with 100+ video uploads. In short, it takes time. More time than most people are willing to wait. This is the part of the article where I mention unrealistic expectations and being congruent with what you want and taking action in order to achieve those wants.

One: The First Week

As I uploaded and release each new video, current subscribers and external promotion push views over the first 72 hours with views diminishing over the first week.

The YouTube Creator Studio App makes it easy to access your channel data on the go. In the image above, you can see “realtime views” over the last 48 hours. Notice the green line which highlights the video mentioned earlier with the high “relative audience retention” metrics. What’s interesting is this image was taken six days after publishing the video mentioned. Normally, video views drop over the first week. However, this video picked up stream and began driving more YouTube views within days. Furthermore, a significant amount of those views were driven from YouTube search and suggested videos. Even better, many of those suggested videos were from other creators videos, bingo. Thus, my video with “high” audience retention is being actively promoted by YouTube within days of release.

Over the first month my videos have not typically ranked in YouTube search. This is due to the fact that I’ve not been able to drive enough views in order to increase my “over all watch time metics” in the first days of a videos release. Doing so, that is driving enough views early can result in almost instant rankings as video rankings are based in large by total accumulated watch time. However, since I’ve optimize for the suggested video algorithm my videos drive views in the fist month. Thus, in time, those “suggested” video views add up and I’m able to begin to rank in YouTube search. Tip, focus on creating a channel by leveraging Youtube playlists and thumbnails. Do so and you too will drive more of your own views. In the future, I’ll create an in-depth post on exactly how to make this happen.

In the above image, you can see the only videos featured in the “suggested video” area are mine and thus, I drive more of my own views. Furthermore, as a video gains more views the accumulated watch time of that video increases. Which drives even more views (search and suggested videos). Currently, 25% of my videos views are from suggested videos. While only 21% of my views are from YouTube search. Check this out! In the last 28 days, the video featured below has sent 1,017 video views to one of my videos. Even better, that videos has converted 28 videos viewers into 28 channel subscribers. Bingo!

Interesting fact about my channel. The videos that drive the most views all began to rank in YouTube no sooner than three to four weeks after publishing. I have not seen a video begin to rank within days of publishing. Sure, there might be a trickle of traffic for a few random search terms. However, ranking for any worth while search terms takes some time. Note: Just born keyword phrases do not apply, because they were just born and YouTube has no videos to serve for said search term. Because … they were just born. Watch this space for a future post or check out this video for more details just born keyword phrases.

I wanted to include this information because so many people want results fast. However, to rank in YouTube for competitive phrases usually takes a while. Also note, the majority of videos published to YouTube do not rank. Because they’re not optimized for keywords, or they’re not engaging.

Thus, when a new YouTuber starts out they’re videos are usually NOT that engaging and or different. I knew the type of content I wanted to create, however it took me about 50 videos until I found my voice, editing style and more. Once I hit that 50th video, more and more of my videos began to rank because they were different and engaging. The very thing that drives results.

So, if you’re trying to break in. Understand that it takes effort, thought and time. You very well may produce a video early that goes on to rank as your just getting started. However, it may take months before your rewarded with search rankings, views and subscribers. This was the case for me (check out the image above). Lastly, this video that I’m speaking of is technically lacking. The light and audio are poor, however the information was valuable and enough people looked past the technical issues. Because of the message shared, it was, engaging. This is why it’s so important to focus on creating strong playlists and optimizing for the suggested video algorithm. 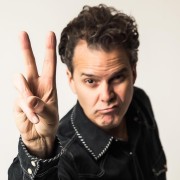